The next big holiday weekend is just a month away, and gasoline prices are beginning to creep up. Labor Day weekend is the traditional end of season getaway, as families return to fall routines thereafter. It’s the last chance for gas station owners to capitalize on the peak travel months of the year. Will this year be profitable?

In 2017, travel during July 4th weekend hit record highs at the same time that gas prices were at record lows. According to AAA, this year over 44 million Americans traveled at least 50 miles from home, an increase of 1.25 million travelers over 2016.

A quick check of the US Energy Information Administration’s retail price graph shows that across the United States, prices rose about 5 cents a gallon in July relative to the previous month, with a historically low price of $2.26 per gallon during Independence Day, the nation’s busiest travel time. As you can see, prices are trending slightly upwards following that dip. A few weeks out from the next holiday, it takes an educated guess to determine what the fuel market will be like the first week of September. 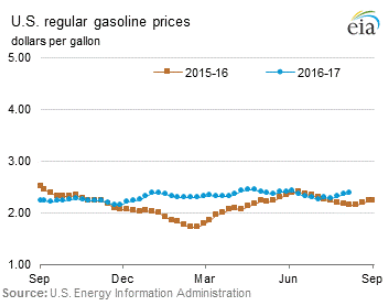 For clues, let’s look at the futures market. The reason for the trend up? Crude oil prices are rallying more quickly than they did last year. In May of this year, crude oil was at a high of $51 a barrel, but then it dropped to $42 in July. Since then, crude prices have been trending back up. And where crude oil goes, so goes gasoline. 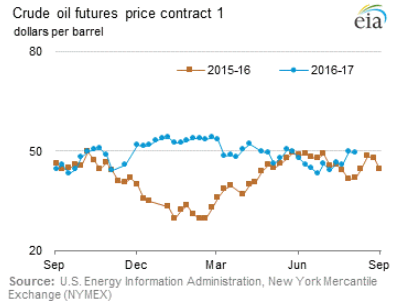 According to currency analyst Tyler Yell, the price increases the US is saw in July are due to two factors:

Some predictions have crude oil trading at $60 a barrel by the end of the summer. While that’s optimistic, consumer prices will likely increase on the heels of wholesale gains. 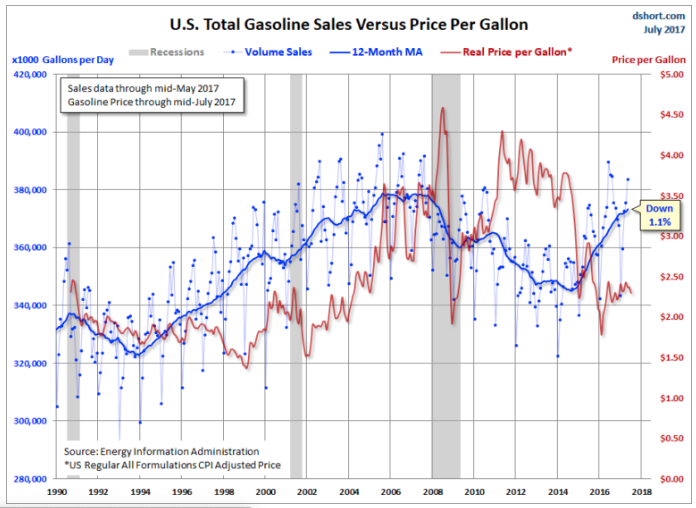 No such luck for retailers and consumers this Labor Day, when you can expect to see a rise in gas prices for Labor Day Weekend 2017. As a gas station owner, that’s not ideal, since the higher your wholesale prices, the tighter your margin becomes. According to several drivers interviewed by the New York Times, prices at the pump can make or break the decision to take a road trip.

You probably won’t see a windfall on the last official weekend of summer. But there’s a better way to look at the problem. With the thin margins of the fuel business, slight price fluctuations can have big impacts on a retailer’s overall profitability on a busy holiday weekend. Volatility in the crude market makes prices and profits unpredictable, so it’s important to control the costs that you can to protect margins. Compliance, for example, can be a significant cost center that drags on profits, so it’s important to keep those costs under control as much as possible. There are enabling technologies out there today that help you keep compliance costs down.

Also, consider that getting real-time access to inventory data can help you manage your deliveries more efficiently, which can make dramatic differences, particularly on busy travel weekends when prices are high.