What we can learn from an alarming incident in Chicago… 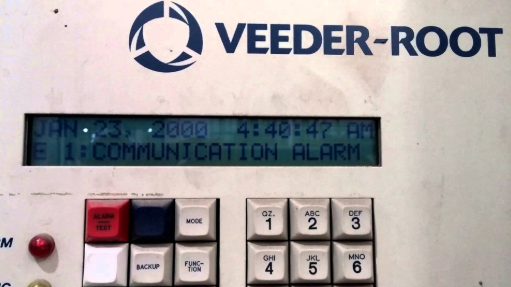 The retail fuels industry is reeling from the recent news of a catastrophic underground storage tank leak near Chicago that led to multiple explosions, injuries, and evacuations. As cleanup crews depart and normal operations resume, it is important to reflect on the underlying causes of the disaster and identify opportunities to avoid such incidents in the future.

According to local regulatory bodies, an alarm went off at the station to indicate a leaking tank. However, the response was delayed for five days, by which time what would have been appropriate actions were too late. How and why could this have occurred?

When an incident requiring corrective action is not appropriately addressed, there are three possible explanations:

The right people do not know about the incident

Remote tank monitoring is the norm for most sizable fuel retailers. However, unreliable remote connectivity to automatic tank monitors plagues the fuels industry. Based on a survey of almost 2,500 sites, TCP/IP connection reliability averages only 70-75%. Tank monitor connectivity problems render their expensive remote monitoring software useless. Dealing with it can be costly. One retailer with 170 sites recently shared that dispatching technicians costs his business over $80,000 per year. But more to the point, how can the right people act on a leak if they don’t know about it?

Most remote tank monitoring systems on the market today provide some kind of real-time notification that includes the type of alarm when an incident occurs. However, a tank alert does not include any kind of recommended corrective action for how to prioritize, resolve, or act on an issue. In many cases, the people receiving notifications lack the requisite experience, data, or tools to understand the nuanced differences in how to prioritize and resolve alarms. How confident are you that someone at your organization knows exactly what to do in the event of a 2-Wire C.L. Discriminating Interstitial Micro Sensor Alarm?

The right people know about the incident but ignore it

This reason is particularly damning, but unfortunately, it is likely to be the most accurate. According to a recent study of almost 1,000 sites, there are, on average, two or three high priority alarms per month. Compliance managers may be familiar with what are often known as “ghost alarms” – urgent alarms that sound, then clear instantly. Sometimes “ghost alarms” are false positives; sometimes they are not – how can you know which to act on? Other false positives include the sounding of a sudden loss alarm while a customer is dispensing fuel during a periodic test.

At scale, an inundation of false positives leads to a deterioration of trust in the reliability of automatic tank monitoring systems. Compliance managers are often stuck between the difficult choice of either a costly investigative dispatch or making the risky assumption that the tank monitor is simply “crying wolf” again. As [Marcel Moreau] outlined in his Tank-nically Speaking column titled [“Whack-a-Leak: The Holes in Our Leak Detection,”] the normalization of false alarms and tank test failures creates significant risk for operators and the industry as a whole. Events like those in Chicago keep the question of how to reduce risk and improve reliability of leak detection management systems top of mind for compliance managers everywhere.

As tanks age and the risks of tank corrosion increases, it may only be a matter of time until another incident like Chicago occurs. Next time, however, the damage may not stop at injuries and evacuations – in the worst case, water contamination and explosions can lead to loss of life as well.

Fortunately, technological enhancements are creating a significant opportunity to overcome such challenges and risks. Remote leak detection management systems built on a reliable backbone of connectivity eliminate the risk of lost visibility. Intelligent software diagnostics are now possible to ensure the validity and urgency of tank alarms are properly assessed, so that appropriate corrective actions are taken promptly and only when needed. This not only reduces human error and risk, but also lowers the significant costs associated with unnecessary investigative dispatch.